As a maker of superior performance tires, BFGoodrich is proud to say that we’ve been passionately performance-driven since the start. For 150 years, our rich heritage of successful performance racing has helped ensure that your vehicle is ready for any challenge — at any time.

From the deserts of Baja to the 24 Hours of Le Mans, we’ve faced much adversity through the years in on- and off-road racing and it has taught us many important lessons about the way tires perform. Our engineers have applied these learnings to every product in every segment. So no matter what type of driving you’re after, you can rest assured that our tires are up to the task.

Where it all began 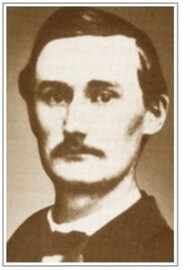 In 1870, Dr. Benjamin Franklin Goodrich founded the first tire factory in North America, in Akron, Ohio. Even then, performance was already an integral part of the brand’s DNA. This led Charles Cross Goodrich, son of Benjamin, to establish the very first tire research centre in the United States. As a result, BFGoodrich began to stand out from the competition as early as 1903, when it provided the tires for the Winton Touring Car, the first car to cross the North American continent from east to west.

BFGoodrich soon identified another means of improving mobility by entering the rapidly expanding industry of aeronautics. This allowed the challenge-oriented brand to push the limits in new ways. The brand was involved in the 75km/h speed record set in 1909, at the first international air race held in Reims, on a Curtiss Aeroplane Corporation plane.

The 1920s presented the chance to conquer a challenge that was once thought unthinkable. In 1927, BFGoodrich provided the tires for the Spirit of St. Louis, in which Charles Lindbergh made the first nonstop transatlantic flight in history.

We've never backed down from a challenge. 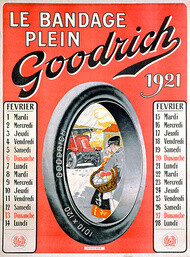 And we never will. Below is a glimpse of some of the notable challenges that BFGoodrich has conquered throughout its rich history.

It’s more than just crossing the finish line first that excites us. BFGoodrich is driven to produce industry-first technology in all of its tire segments.

You are using an unsupported web browser
You are using a website browser that is not supported by this website. This means that some functionnality may not work as intented. This may result in strange behaviors when browsing round. Use or updgrade/install one of the following browsers to take full advantage of this website